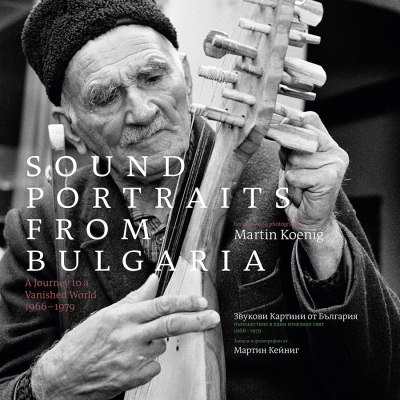 On the program that aired the weekend of January 11 and 12, I played two pieces from the wonderful new compilation ‘Sound Portraits from Bulgaria: A Journey to a Vanished World, 1966 – 1979,’ released by Smithsonian Folkways Recordings. You can read more about the collection on the Smithsonian Folkways website. This music was recorded by educator and cultural documentarian Martin Koenig during six trips he made to Bulgaria. Here’s more from the press release accompanying the album:

Martin Koenig arrived in Bulgaria in 1966 at age 27 with letters of recommendation from fellow recordist Alan Lomax and anthropologist Margaret Mead, an educator and cultural documentarian determined to study the folk dances of rural communities throughout the country. The work of Lomax and Mead, two legendary cultural preservationists and thinkers, is an apt frame for the work documented in Sound Portraits from Bulgaria in its forthright, yet affectionate, look at the way music and dance impacted the life of rural Bulgarians and what is lost as it disappears. As Koenig writes in his introductory essay, this music and culture “should not be forgotten, as it reveals a dimension of strength and beauty in the human spirit that we, in our longing, may not even know we are missing.”

It’s an impressive album set which includes a 144-page book with detailed notes about the songs and performers as well as many photographs that give you a real sense of what Koenig experienced all around Bulgaria. I’m sure I’ll be playing more from this collection in the future.